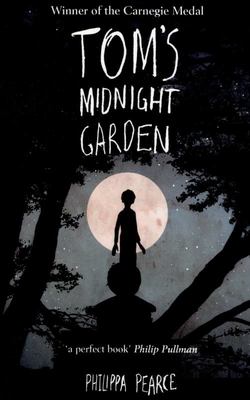 When Tom is sent to stay at his aunt and uncle's house for the summer, he resigns himself to endless weeks of boredom. As he lies awake in his bed he hears the grandfather clock downstairs strike . . . eleven . . . twelve . . . thirteen . . . Thirteen! Tom races down the stairs and out the back door, into a garden everyone told him wasn't there. In this enchanted thirteenth hour, the garden comes alive - but Tom is never sure whether the children he meets there are real or ghosts . . . This entrancing and magical story is one of the best-loved children's books ever written.

A timeless classic about Tom's adventures in his secret, midnight garden

A rare, moving story, beautifully written, and true in every way that matters. The Guardian Masterpiece of English children's literature. The Independent A timeless favourite Good Housekeeping Haunting and lyrical children's story. The Daily Telegraph A story that came to be loved by children, parents and teachers everywhere. The Times

Philippa Pearce was the youngest of four children of a flour miller and corn merchant. The family lived in the flour mill, which stood on the upper reaches of the River Cam, in Great Shelford, south of Cambridge. She went to school in Cambridge, and studied English and History at Cambridge University. After college she worked in the BBC, as a scriptwriter and producer, and then in publishing as an editor. Her earliest ambition was to be a writer, and she has written many books, winning the Carnegie Medal for Tom's Midnight Garden. She has also been awarded an OBE for services to Children's Literature. She died in 2006.